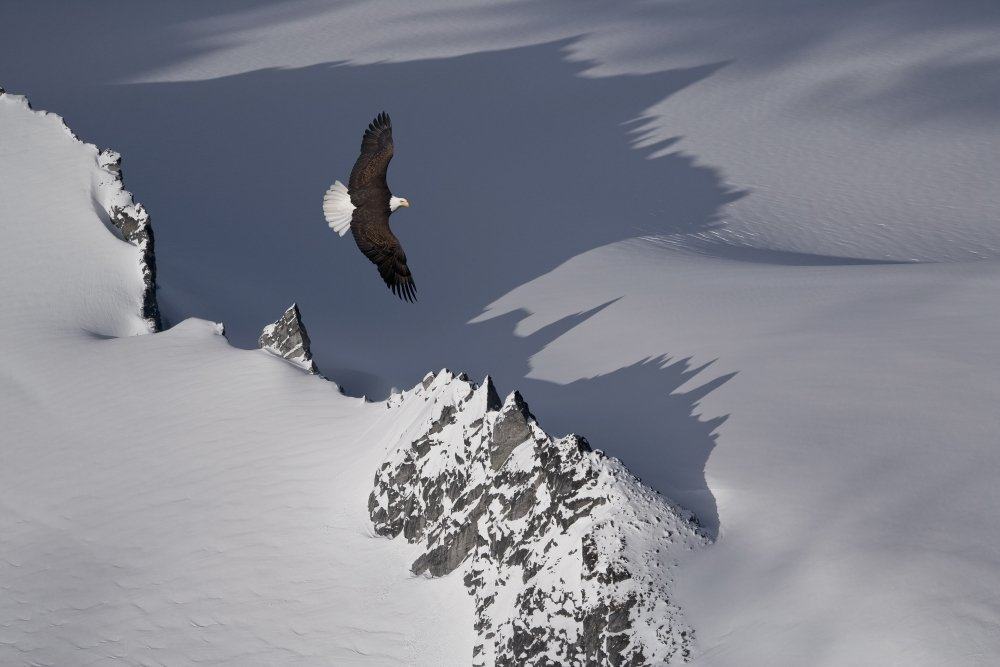 A mountain is a natural elevation of the earth’s surface rising more or less abruptly to a summit and attaining an altitude greater than that of a hill, usually greater than 2000 ft .

The planet’s crust is not all of one piece: it is composed of numerous plates, which are steadily moving in relation to one another. This movement is responsible for all manner of phenomena, including earthquakes, volcanoes, and mountain building.

The most common way a mountain is formed is through plate tectonics.  The Earth has massive plates that float.  These plates can move under and over each other.  When one plate moves under another the plate, the other plate rises up to form a mountain.  After thousands of years, the mountains can get very high. 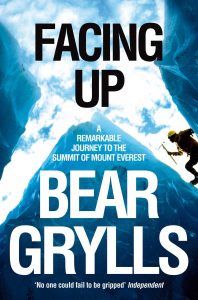 Facing Up: A Remarkable Journey to the Summit of Mount Everest

Some mountains such as Mount Everest, the world’s highest mountain, is actually still growing!  Right now it about 29,092.  There is a mountain that is actually taller than Mount Everest but 2/3 of it is underwater.  This mountain is called Mauna Kea, which is part of Hawaii.

There are three ways in which mountains are formed, which correspond to the types of mountains in question. These are known as volcanic, fold and block mountains. All of these are the result of plate tectonics, where compressional forces, isostatic uplift and intrusion of igneous matter forces surface rock upward, creating a landform higher than the surrounding features.

Over the course of many million years, these uplifted sections are eroded by the elements – wind, rain, ice and gravity. These gradually wear the surface of the mountains down, cause the surface to be younger than the rocks that form them, and lead to the types of formations and distributions we are familiar with today.

Some of the world’s most famous mountain ranges include the Himalayas, Karakoram Range, and Pamirs in central Asia; the Alps and Urals in Europe; the Atlas Mountains in Africa; the Andes in South America; and the Cascade Range, Sierra Nevada, Rocky Mountains, and Appalachians as well as their associated ranges in North America. 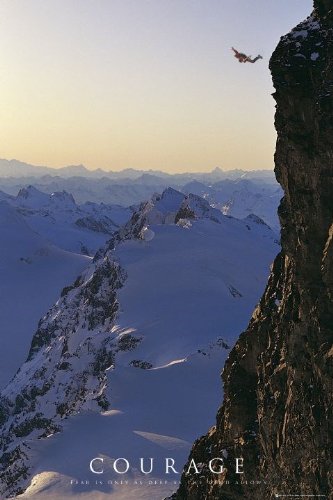 The different mountain types are formed in different ways, through tectonic plates crunching into each other, or sliding past one another, or even from magma coming up out of the Earth. The mountains are different in their appearance, and in their formation. 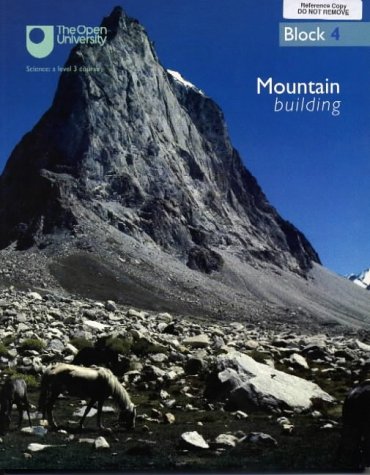 The most common type of mountain in the world are called fold mountains. When you see vast mountain ranges stretching on for thousands of kilometers, those are fold mountains. Fold mountains are formed when two of the Earth’s tectonic plates collide head on; like two cars crashing together. The edges of each tectonic plate crumple and buckle, and these create the mountains. 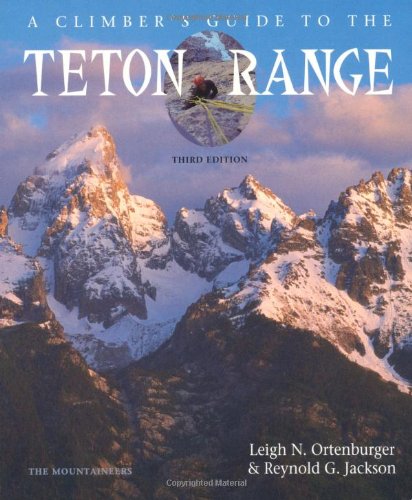 A Climber’s Guide to the Teton Range 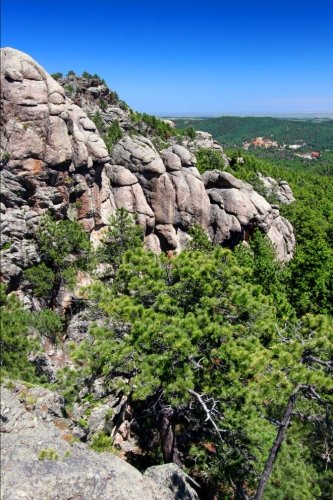 Dome mountains are created when a large amount of magma pushes up from below the Earth’s crust, but it never actually reaches the surface and erupts. And then, before it can erupt, the source of the magma goes away and the pushed up rock cools and hardens into a dome shape. Since the dome is higher than its surroundings, erosion works from the top creating a circular mountain range.

Here’s a fairly familiar kind of mountain. Volcanic mountains are created when magma from beneath the Earth makes its way to the surface. When it gets to the surface, the magma erupts as lava, ash, rock and volcanic gases. This material builds up around the volcanic vent, building up a mountain.

Some of the largest mountains in the world were created this way, including Mauna Loa and Mauna Kea on the Big Island of Hawaii. Other familiar volcanoes are Mt. Fuji in Japan and Mt. Rainier in the US. 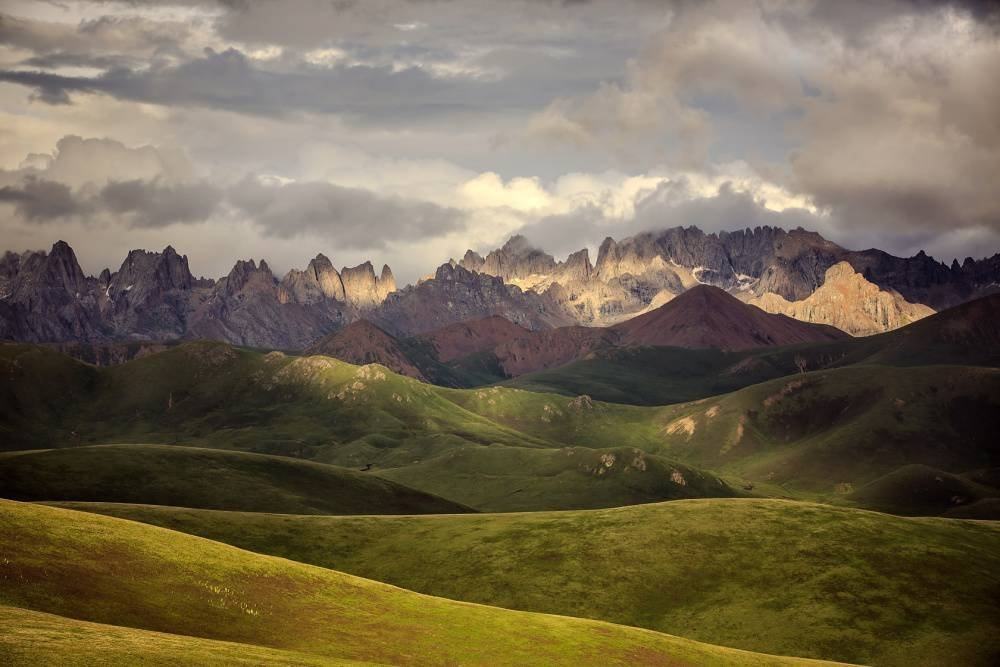 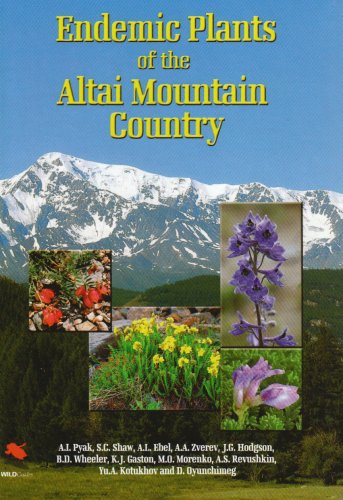 Mountain plants have to face the most bewildering contrasts in living conditions of any plants found on Earth. These conditions are unbelievably harsh and impose great challenges to survival in the face of very high winds, extreme cold, wildly fluctuating temperatures, thin rocky soils, snow and ice, and a thin atmosphere that contains very little oxygen but huge amounts of UV radiation.

Because mountain plants grow so slowly, most cannot sprout, mature and produce their own seeds in a single season. For this reason most are perennials, which means that they live for many years, as does a tree, for example. These plants use most of their energy just for survival, and that’s why it can take many years for them to put back enough energy to flower and produce seeds. 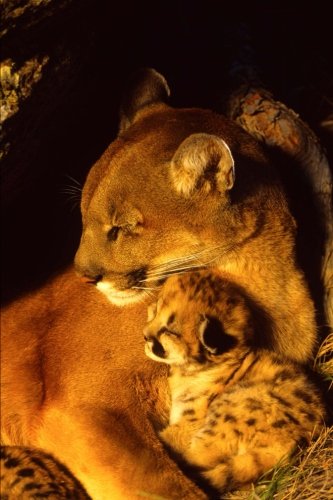 Mountains are home to a rich variety of wildlife. Black bears, mule deer, big horn sheep, and mountain lions are the largest of the mountain’s animals.

The mountain lion (Puma concolor) is also known as the cougar, puma, panther, and catamount, and is the largest wildcat in North America. Mountain lions have powerful limbs and can leap as high as 15 feet and as far as 40 feet.

Mountain lions like to prey on deer, though they also eat smaller animals such as coyotes, porcupines, and raccoons. They usually hunt at night or during the hours of dawn and dusk. These cats employ a blend of stealth and power, stalking their prey until an opportunity arrives to pounce, then going for the back of the neck with a fatal bite. They will hide large carcasses and feed on them for several days. 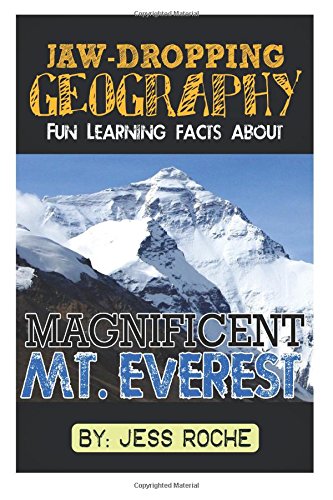 2.Heights of mountains are generally given as heights above sea level.

4.Ben Nevis is also the highest mountain in Great Britain.

5.The tallest known mountain in the solar system is Olympus Mons, located on Mars.

6.There are mountains under the surface of the sea!

7.Mountains occur more often in oceans than on land; some islands are the peaks of mountains coming out of the water.

8.About 80 per cent of our planet’s fresh water originates in the mountains.

9.All mountain ecosystems have one major characteristic in common – rapid changes in altitude, climate, soil, and vegetation over very short distances.

10.Plants that may be found on mountains include conifers, oak, chestnut, maple, junipers, stonecrops, campions, mosses, ferns and climbers.

11.The highest 14 mountains in the world are all found in the Himalayas.

12.Because of tectonic plate movement, Everest grows about 4mm a year.

17.The mid-Atlantic Ridge is the Worlds longest chain of undersea mountains.

18.The word volcano originally comes from the name of the Roman god of fire, Vulcan.

20.The UN General Assembly designated 11 December as International Mountain Day in 2003 as an opportunity to create awareness about the importance of mountains to life, and to build partnerships that will bring positive change to the world’s mountains and highlands.

This website uses cookies to improve your experience while you navigate through the website. Out of these, the cookies that are categorized as necessary are stored on your browser as they are essential for the working of basic functionalities of the website. We also use third-party cookies that help us analyze and understand how you use this website. These cookies will be stored in your browser only with your consent. You also have the option to opt-out of these cookies. But opting out of some of these cookies may affect your browsing experience.
Necessary Always Enabled

Any cookies that may not be particularly necessary for the website to function and is used specifically to collect user personal data via analytics, ads, other embedded contents are termed as non-necessary cookies. It is mandatory to procure user consent prior to running these cookies on your website.