The Wonder Garden: Wander through the world’s wildest habitats and discover more than 80 amazing animals

Habitat is a word taken from Latin that means ‘it inhabits’. It is an area that is not defined by a specific size, but that has a particular balance of environmental factors that make it suitable for specific living organisms to live in it. When an animal lives in its natural habitat, their surroundings help it live, eat, grow and survive.

Animal habitats can be generalized into the following categories:

Alpines or mountains – Places at a higher altitude like the mountain ranges of the world provide a suitable environment for a number of terrestrial animals including mammals, birds, reptiles, invertebrates and amphibians.

Forest and woodlands – These are the places that have abundant trees and therefore, the kind of animals living here are those who live on or around trees and are dependent on them for food and shelter. Forests too can be of different kinds like the tropical rainforests, temperate zone forests, conifers, or the deciduous forests. While a lion living in a forest prefers the dry and brown deciduous environment, a leopard prefers more green foliage making a greener forest, its natural habitat.

Savannah, grasslands and prairies – Grasslands are found in temperate zones while savannahs exist in more tropical areas. These are defined by the abundance of grass on large land areas without trees.

Fresh water – Rivers, lakes and ponds come under this category where the water is not salty. The banks of the river, the water and the muddy bed form different habitats for different animals. Fish, for example, can only survive in the water while frogs live part of their lives in water and part on land.

Seas and oceans – 70 percent of the Earth’s surface is covered with salty water of the seas and oceans. These form habitats for a number of creatures visible to the naked eyes as well as those that many not be visible at all. Even the different depth of the seas create different environmental conditions for varieties of life form, such as amphibians, mammals, reptiles, invertebrates, and birds.

Coral Reefs – These are one of the most unique animal habitats developed by animals themselves. Corals are actually millions of tiny coral polyps that secrete limestone and form vast colonies adhering to each other. Coral reefs form in shallow, warm sea water and provide homes to many kinds of smaller animals.

Deserts – These are the places that receive little or no rainfall, so therefore, the animals surviving in these extreme conditions have various adaptations they can make. For instance, camels have fatty humps to store food and padded feet to traverse the desert sand.

Tundra – Characterized by very low temperatures, short vegetation, and long winters, tundra climate is suited to a number of animals such as the arctic fox, polar bears, etc. Tundra is an area where the levels of subsoil are completely frozen. There are two kinds of tundra; alpine tundra and also arctic tundra.

For example, a diverse wildlife population depends upon the natural ecosystems found in most undeveloped areas. Development can damage or destroy these ecosystems, making it more difficult for many native species to survive. Those species able to survive in urban settings may thrive, but the rest are forced to find new territory to survive. 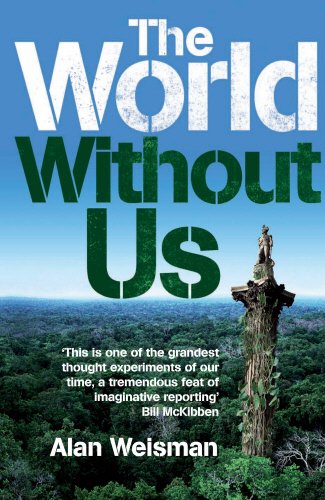 The World Without Us

Human activity introduces changes to the surrounding environment that can negatively impact natural habitat. Changes in lighting in an area, for example, can significantly affect some species’ behavioural and biological rhythms, which are guided by natural cycles of light and dark.

The availability of household rubbish can alter the composition of wildlife communities by providing food for animal populations that thrive on trash (such as rats etc.) to the detriment of those that do not, e.g. small mammals and some birds.

Human recreational activity in an area may directly impact wildlife and reduce the quality of the habitat provided. Human activities can disturb sensitive habitats and wildlife. Disturbing wildlife raises their stress level and increases energy consumption. If repeated frequently, such disturbance can impact on reproduction and the survival of the species.

Development can also affect the quality and quantity of aquatic habitats. Increased amounts of hard surface can reduce the ability of rainwater to infiltrate the soil. Rainwater instead runs off the land at an increased volume and rate. This has the potential to reduce the recharge of groundwater and increase flooding, streambed erosion, and sedimentation.

Runoff from developed areas is often warmer with potential for carrying pathogens (i.e. bacteria and viruses), household chemicals, metals, fertilisers, pesticides, oil, and grease. As vegetative buffers along water bodies are lost, sunlight can further warm water beyond a threshold at which some native species can survive and reproduce.

The structural habitat of aquatic systems also can be significantly degraded by modifications associated with roads and development. The quality and flow of rivers, streams and wetlands can be reduced by inadequate or inappropriately designed culverts, creation of new dams, and channel straightening or modification.

Wetland habitats can act as flood buffers, water filters and can be important habitats for many species of flora and fauna. The amount of water and drainage present at such sites is their most important feature and changes to this from actions such as infilling during construction, can lead to increased erosion, sedimentation and ultimately a loss of habitats and species.

Species such as salmon and pearl mussel are extremely sensitive and are indicative of unpolluted waters. Sedimentation or pollution events that may occur during activities such as bridge construction and even vehicular construction traffic in or around rivers/streams, can impact negatively on these species, both at the construction site and further downstream.

The oceans of the world cover approx 70% of the earth surface. As a result they play a huge part in maintaining the global ecosystem.

Our oceans are home to a wide variety of fish, invertebrates, mammals and birds. Some of the services that our seas provide us with include nutrient cycling, recreation, food production, biological control, raw materials and gas regulation . Coastal seas provide 60% of these ocean services. The ocean acts as a sink and a buffer against rising levels of carbon dioxide, which is a major factor in global warming . It is crucial that we carefully manage our seas due to the many services they provide to us.

Therefore, to effectively ensure the long-term survival of any animal species , you must also ensure the protection of its habitat, especially those areas within its habitat which are of critical importance to its survival; such as mating, feeding or birthing grounds. Protecting habitats to safeguard a specific species also helps to ensure the protection of all the other species within that habitat which also depend upon it for survival.