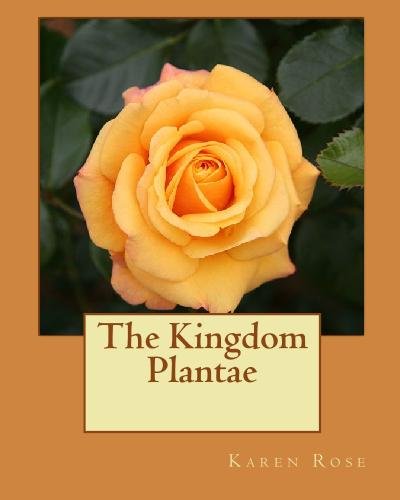 Virtually all other living creatures depend on plants to survive. Through photosynthesis, plants convert energy from sunlight into food stored as carbohydrates. Because animals cannot get energy directly from the sun, they must eat plants (or other animals that have had a vegetarian meal) to survive. Plants also provide the oxygen humans and animals breathe, because plants use carbon dioxide for photosynthesis and release oxygen into the atmosphere.

The kingdom Plantae includes organisms that range in size from a tiny moss to a giant tree. Despite this enormous variation, all plants are multicellular and eukaryotic (i.e., each cell possesses a membrane-bound nucleus that contains the chromosomes).

They generally possess pigments (chlorophylls a and b and carotenoids), which play a central role in converting the energy of sunlight into chemical energy by means of photosynthesis.

Most plants, therefore, are independent in their nutritional needs (autotrophic) and store their excess food in the form of macromolecules of starch. The relatively few plants that are not autotrophic have lost pigments and are dependent on other organisms for nutrients.

Plants are found on land, in oceans, and in fresh water. They have been on Earth for millions of years. Plants were on Earth before animals and currently number about 260,000 species.

In order to study the billions of different organisms living on earth, biologists have sorted and classified them based on their similarities and differences. This system of classification is also called a taxonomy and usually features both English and Latin names for the different divisions.

All plants are included in one so-called kingdom (Kingdom Plantae), which is then broken down into smaller and smaller divisions based on several characteristics, including:

1.Whether they can circulate fluids (like rainwater) through their bodies or need to absorb them from the moisture that surrounds them;

2.How they reproduce (e.g., by spores or different kinds of seeds); and

3.Their size or stature.

The majority of the 260,000 plant species are flowering herbs. To describe all plant species, the following divisions (or phyla) are most commonly used to sort them. The first grouping is made up of plants that are non-vascular; they cannot circulate rainwater through their stems and leaves but must absorb it from the environment that surrounds them.

Plants play a vital role in the maintenance of life on Earth.

All energy used by living organisms depends on the complex process of photosynthesis, which is mostly carried out by green plants. Radiant energy from the Sun is transformed into organic chemical energy in the form of sugars through the fundamental series of chemical reactions constituting photosynthesis.

In nature all food chains begin with green plants (primary producers). Primary producers, represented by trees,shrubs, and herbs, are a prolific source of energy in the form of carbohydrates (sugars) stored in the leaves.

These carbohydrates, produced in photosynthesis, are broken down in a process called respiration; the smaller units of the sugar molecule and its products fuel numerous metabolic processes.

Various parts of the plant (e.g., leaves) are the energy sources that support animal life in different community habitats. A by-product of photosynthesis, oxygen, is essential to animals.

The daily existence of human beings is also directly influenced by plants. Plants furnish food and flavourings; raw materials for industry, such as wood, resins, oils, and rubber; fibres for the manufacture of fabrics ; medicines; insecticides; and fuels.

More than half of Earth’s population relies on the grasses, rice, corn (maize), and wheat as their primary source of food.

Apart from their commercial and aesthetic value, plants conserve other natural resources by protecting soils from erosion, by controlling water levels and quality, and by producing a favourable atmosphere.