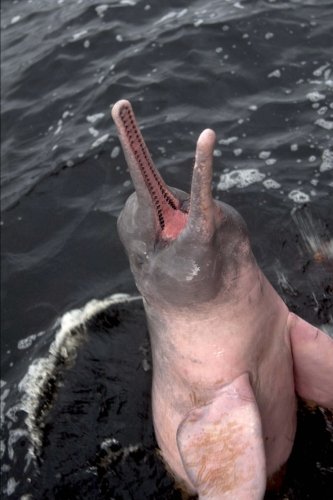 Witness To Extinction: How We Failed to Save the Yangtze River Dolphin

The Baiji (Yangtze) Dolphin is a species that  is found along 1,700km from the Three Gorges to the mouth of the Yangtze River, China.

Classification: This species is the only member of this genus. The Latin, Leipo (‘left behind’) refers to the restricted distribution, whilst vexillifer means ‘to bear a banner’.

The Baiji has a very long, narrow beak, with abrupt forehead and tiny eyes set high on the sides of the head. The triangular dorsal fin has a blunt peak. They are blue-grey in colour, fading to white below. Maximum length and weight are around 2.5m and 160kg respectively.

Baiji feed upon a variety of fish.Small groups of 3-7 are most common, with occasional groups of 10 being observed. Baiji are wary of boats and difficult to approach. 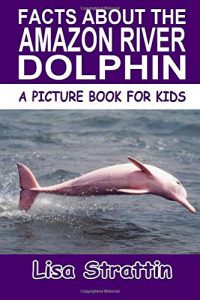 Facts About the Amazon River Dolphin (A Picture Book For Kids, Vol 166)

They are known in Peru as “Bufeo Colorado” but the correct name is “Bufeo Rosado,” meaning pink, not red. The Amazon River Dolphin is also known as “boto”.They can be up to 9 feet long or more and usually weigh between 190-285 pounds.Their echo-location ability is excellent.During the rainy season, when the Amazon River floods, they swim amongst the rainforest trees, which are under water.

The Amazon River Dolphin can be pink or gray in color. They are a freshwater dolphin (there are 5 known species in the world) and are the largest of the freshwater dolphins. Loss of habitat has caused them to become an endangered species. Their diet consists of 43 species of 19 families of fish, this is why they have developed three stomachs to digest these bony fish, turtles, etc. They have an unfused vertebra in their spine so they can more their heads from side to side.

Unlike most dolphin species, boto does not have a dorsal fin, but has a ridge on its back.The Amazon River Dolphin is born a dark gray, but gets pinker as it gets older. Scientists are not quite sure why.They often hunt and feed alone, but are sometimes found in groups of 5-8.Baby dolphins are called “calves”. 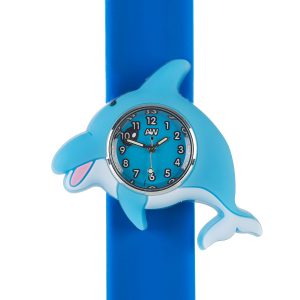 They are very small dolphins: they only grow to be 4 or 5 (less than 2 meters) feet long! They are grayish-brown and have very long beaks. They have many sharp teeth in their beaks that they use to catch fish, shrimp and squid. Every year, a new layer is added to each dolphin’s teeth.

La Plata dolphins are very hard to see in the ocean, so no one knows how many there are in the wild. Very little is known about how these dolphins behave. Sadly, they are often caught in fishermens nets and are killed.