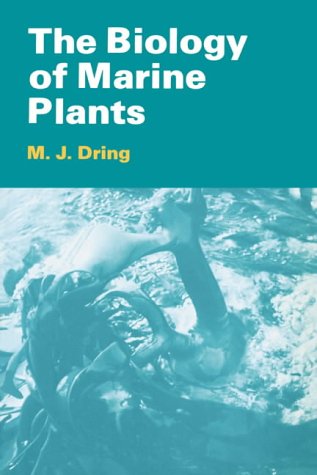 The Biology of Marine Plants

Marine plants grow near the surface of salt water and ice, within reach of sunlight necessary for photosynthesis. Algae, the most plentiful type of marine plant, form the foundation of the food chain and crucial to a balanced ecosystem.

These marine plants have provided fundamental nourishment in the food chain. No marine animals would have evolved or been able to survive if marine plants had not existed.

Kelp grows in cold coastal waters. It is the largest marine plant in the world and can reach up to 250 feet. Kelp is also the fastest-growing plant in the world. Kelp is typically brown and lives on the surface of the ocean. It stays afloat with the help of small flotation bulbs that support it. 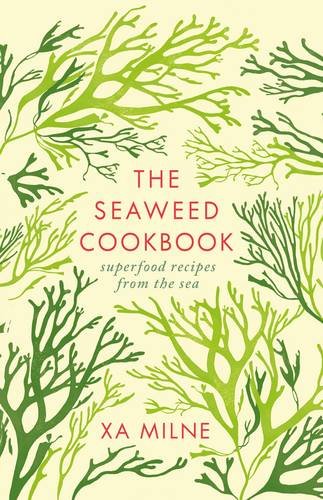 Seaweed is a form of microscopic algae called phytoplankton that floats on the surface of the ocean, much like kelp.

Seaweed has been harvested by humans for thousands of years as food, material for housing, rope and baskets. It is even used as medication.

A surplus of seaweed can choke out coral reefs. Fish that eat seaweed help mitigate this problem. 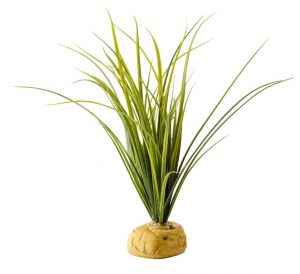 Seagrass grows in shallow water because it needs lots of sunlight. These plants have roots and live on the ocean floor. They are true flowering plants. Some types of seagrasses are turtle grass, manatee grass and shoal grass.

Seagrasses provide habitat for small fish and other young marine life such as lobsters. These animals are able to hide from predators in the grasses. Other reef fish feed on the grasses. 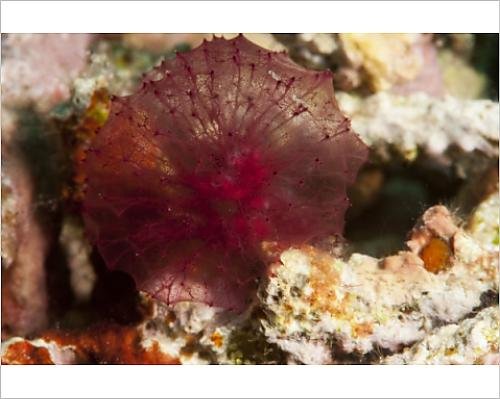 Red algae grows in warm tropical water. This plant has been growing in oceans for more than 500 million years.  Red algae are red, because of the presence of the pigment phycoerythrin; this pigment reflects red light and absorbs blue light. Because blue light penetrates water to a greater depth than light of longer wavelengths, these pigments allow red algae to photosynthesize. Red algae is harvested as food, especially in Asia. It has a high protein content and many vitamins. 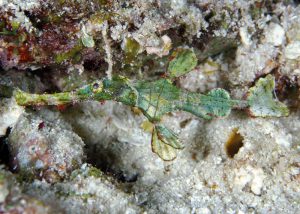 Coralline algae consists of very fine filaments that grow over rocks. These plants may seem more like rocks than plants, and they are as hard as cement. Coralline algae helps support the structure of coral reefs. 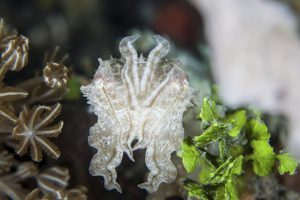 Coral is not a plant; it is an animal organism. However, coral reefs get their color from the many species of algae that live on the surface of the coral. Coral polyps are translucent or white. Algae attaches itself to the coral and feeds the coral, which eats the nutrients created as byproducts of the algae’s photosynthesis. Coral is also a carnivore; it has barbed tentacles that it can use to capture small fish. Though coral is an animal, it relies on a symbiotic relationship with algae to keep it alive.

Nutrients are also gathered from particles that currents wash up from sea floors. Marine plants can adapt to specific conditions, such as limited light and underwater caves. Some are phosphorescent, generating chemical lights.

Humans have historically appropriated marine plants for medicinal uses. Because many marine plants have biotoxins, they are valuable for the development of pharmaceuticals. Using submersible technologies, oceanographers gather samples and cooperate with pharmaceutical manufacturers to seek new chemical compounds to combat disease.

Marine plants have also been used as a source of nutrients. Algae with docosahexaenoic acid (DHA), a chemical usually found in human milk and vital to infants’ brain development, are commercially processed. Approximately 40 percent of baby formula is made from these algae.

Other commercialization of marine plants includes harvesting seaweed for a variety of products, including foods and fertilizer. Marine plants have a direct relationship to Earth’s climate. Iron deficiencies can be detrimental when marine plants become anemic. Oceanic iron and plant absorption of carbon dioxide is connected to ice age cycles and global warming.