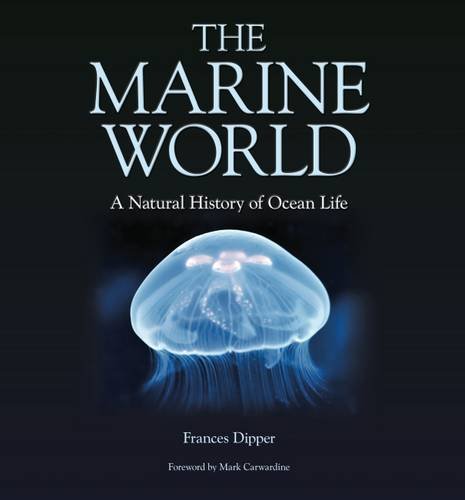 The Marine World: A Natural History of Ocean Life

Marine ecosystems are part of the earth’s aquatic ecosystem. The habitats that make up this vast system range from the productive nearshore regions to the barren ocean floor.

The marine waters may be fully saline, brackish or nearly fresh. Marine habitats are situated from the coasts, over the continental shelf to the open ocean and deep sea. The ecosystems are sometimes linked with each other and are sometimes replacing each other in other geographical regions.

The reason why habitats differ from another is because of the physical factors that influence the functioning and diversity of the habitats. These factors are temperature, salinity,tides, currents, wind, wave action, light and substrate.

Marine ecosystems are home to a host of different species ranging from planktonic organisms that form the base of the marine food web to large marine mammals. Many species rely on marine ecosystems for both food and shelter from predators.

They are very important to the overall health of both marine and terrestrial environments. Coastal habitats are those above the spring high tide limit or above the mean water level in non-tidal waters.  They are close to the sea and include habitats such as coastal dunes and sandy shores, beaches , cliffs and supralittoral habitats.

Coastal habitats alone account for approximately 30% of all marine biological productivity. The diversity and productivity are also important for humans. These habitats provide a rich source of food and income. They also support species that serve as animal feed, fertilizers, additives in food and cosmetics.

Habitats such as mangroves and seagrasses protect the coastlines from wave action and erosion. Other areas provide sediment sinks or act as filtering systems.

Habitat destruction occurs when the conditions necessary for plants and animals to survive are significantly compromised or eliminated.

Most areas of the world’s oceans are experiencing habitat loss. But coastal areas, with their closeness to human population centers, have suffered disproportionately and mainly from manmade stresses. Habitat loss here has far-reaching impacts on the entire ocean’s biodiversity. These critical areas, which include estuaries, swamps, marshes, and wetlands, serve as breeding grounds or nurseries for nearly all marine species.

Humans and Mother Nature share blame in the destruction of ocean habitats, but not equally.

Hurricanes and typhoons, storm surges,  and the like can cause massive, though usually temporary, disruptions in the life cycles of ocean plants and animals. Human activities, however, are significantly more impactful and persistent.

Wetlands are dredged and filled in to accommodate urban, industrial, and agricultural development. Cities, factories, and farms create waste, pollution, and chemical effluent and runoff that can wreak havoc on reefs, sea grasses, birds, and fish.

Destructive fishing techniques like bottom trawling, dynamiting, and poisoning destroy habitats near shore as well as in the deep sea.

Tourism brings millions of boaters, snorkelers, and scuba divers into direct contact with fragile wetland and reef ecosystems. Container ships and tankers can damage habitat with their hulls and anchors. Spills of crude oil and other substances kill thousands of birds and fish and leave a toxic environment that can persist for years.

High levels of atmospheric carbon dioxide, caused mainly by the burning of fossil fuels, are absorbed by the oceans, where the gas dissolves into carbonic acid. This elevated acidity inhibits the ability of marine animals, including many plankton organisms, to create shells, disrupting life within the very foundation of the ocean’s food web.

Our oceans are home to a wide variety of fish, invertebrates, mammals and birds. Some of the services that our seas provide us with include nutrient cycling, recreation, food production, biological control, raw materials, gas regulation and habitats among many others. Coastal seas provide 60% of these ocean services. The ocean acts as a sink and a buffer against rising levels of carbon dioxide, which is a major factor in global warming . It is crucial that we carefully manage our seas due to the many services they provide to us.

Although habitat destruction has been increasing for many years, the protection of marine habitats has only recently become an issue of critical importance to conservation efforts, local and national governments, and international marine conservation groups.

Reduce the effects of climate change on the ocean by leaving the car at home when you can and being conscious of your energy use at home and work. A few things you can do to get started today: Switch to compact fluorescent light bulbs, take the stairs, and bundle up or use a fan to avoid oversetting your thermostat.

Global fish populations are rapidly being depleted due to demand, loss of habitat, and unsustainable fishing practices. When shopping or dining out, help reduce the demand for overexploited species by choosing seafood that is both healthful and sustainable.

Plastics that end up as ocean debris contribute to habitat destruction and entangle and kill tens of thousands of marine animals each year. To limit your impact, carry a reusable water bottle, store food in nondisposable containers, bring your own cloth tote or other reusable bag when shopping, and recycle whenever possible.

Whether you enjoy diving, surfing, or relaxing on the beach, always clean up after yourself. Explore and appreciate the ocean without interfering with wildlife or removing rocks and coral. Go even further by encouraging others to respect the marine environment or by participating in local beach cleanups.

Certain products contribute to the harming of fragile coral reefs and marine populations. Avoid purchasing items such as coral jewelry, tortoiseshell hair accessories (made from hawksbill turtles), and shark products.

Read pet food labels and consider seafood sustainability when choosing a diet for your pet. Never flush cat litter, which can contain pathogens harmful to marine life. Avoid stocking your aquarium with wild-caught saltwater fish, and never release any aquarium fish into the ocean or other bodies of water, a practice that can introduce non-native species harmful to the existing ecosystem.

Many institutes and organizations are fighting to protect ocean habitats and marine wildlife. Find a national organization and consider giving financial support or volunteering for hands-on work or advocacy. If you live near the coast, join up with a local branch or group and get involved in projects close to home.

Practice responsible boating, kayaking, and other recreational activities on the water. Never throw anything overboard, and be aware of marine life in the waters around you. If you’re set on taking a cruise for your next vacation, do some research to find the most eco-friendly option.

All life on Earth is connected to the ocean and its inhabitants. The more you learn about the issues facing this vital system, the more you’ll want to help ensure its health—then share that knowledge to educate and inspire others!