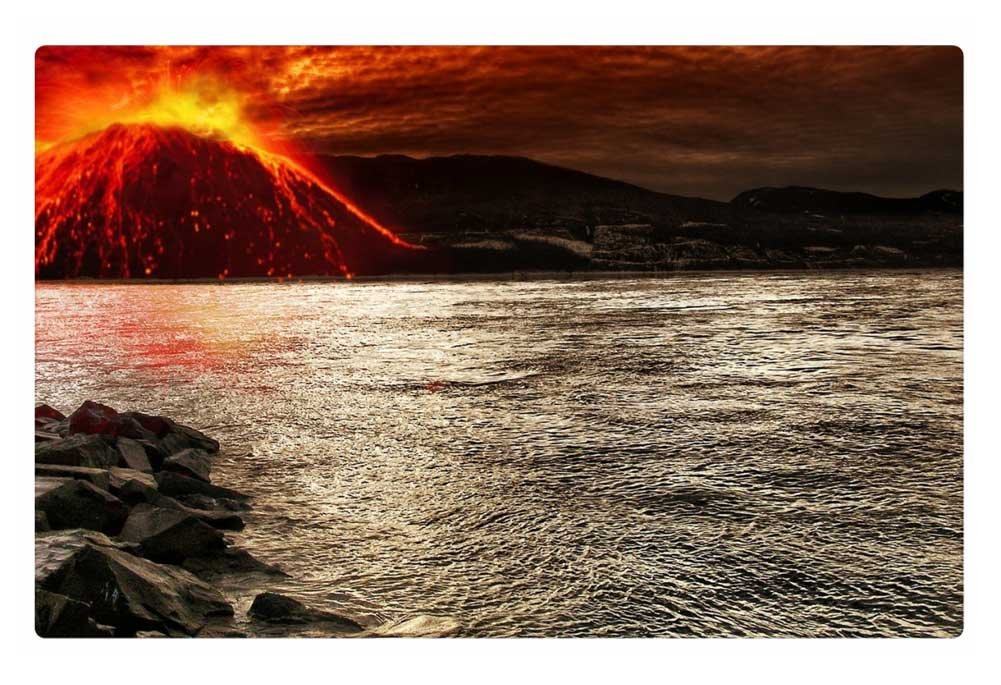 Here’s a fairly familiar kind of mountain. Volcanic mountains are created when magma from beneath the Earth makes its way to the surface. When it gets to the surface, the magma erupts as lava, ash, rock and volcanic gases. This material builds up around the volcanic vent, building up a mountain.

Some of the largest mountains in the world were created this way, including Mauna Loa and Mauna Kea on the Big Island of Hawaii. Other familiar volcanoes are Mt. Fuji in Japan and Mt. Rainier in the US.

A large eruption can be extremely dangerous for people living near a volcano. Flows of searing lava, which can reach 2,000 degrees Fahrenheit (1,250 degrees Celsius) or more, can be released, burning everything in its path, including whole towns.

Boulders of hardening lava can rain down on villages. Mud flows from rapidly melting snow can strip mountains and valleys bare and bury towns. Ash and toxic gases can cause lung damage and other problems, particularly for infants and the elderly.

Scientists estimate that more than 260,000 people have died in the past 300 years from volcanic eruptions and their aftermath.

Volcanoes tend to exist along the edges between tectonic plates, massive rock slabs that make up Earth’s surface. About 90 percent of all volcanoes exist within the Ring of Fire along the edges of the Pacific Ocean.

About 1,900 volcanoes on Earth are considered active, meaning they show some level of activity and are likely to explode again. Many other volcanoes are dormant, showing no current signs of exploding but likely to become active at some point in the future. Others are considered extinct.