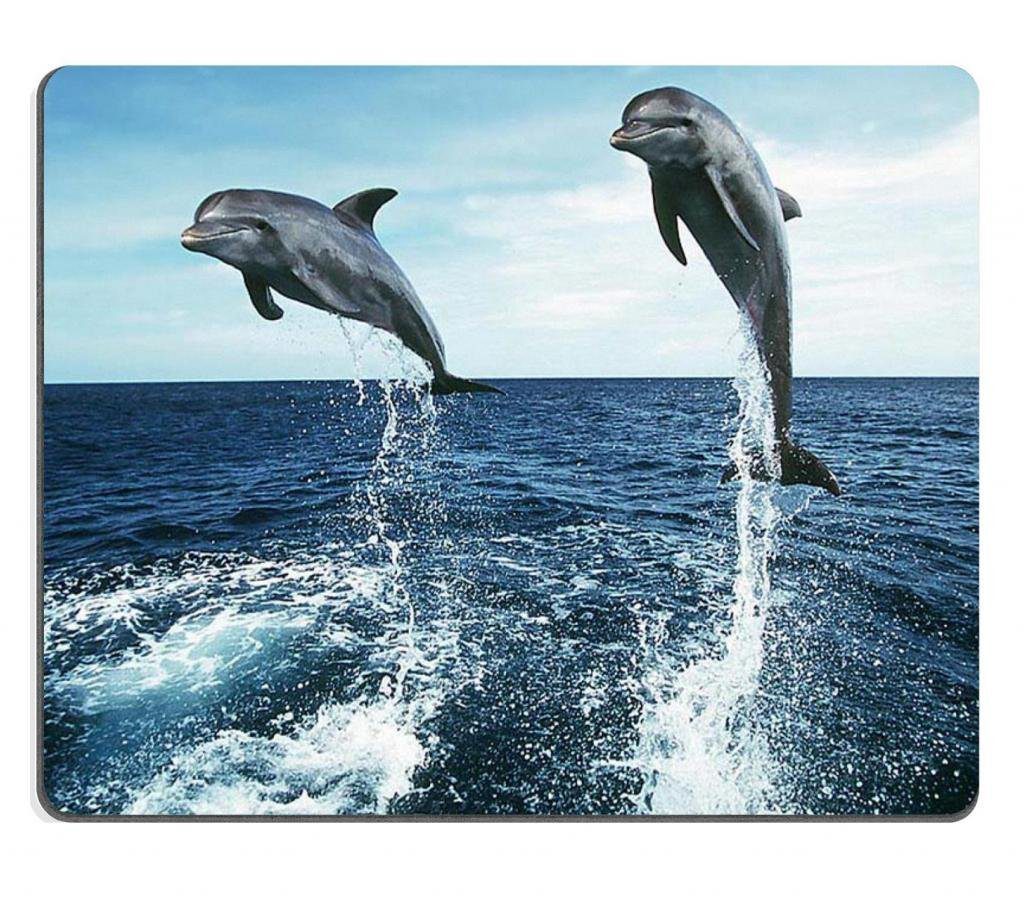 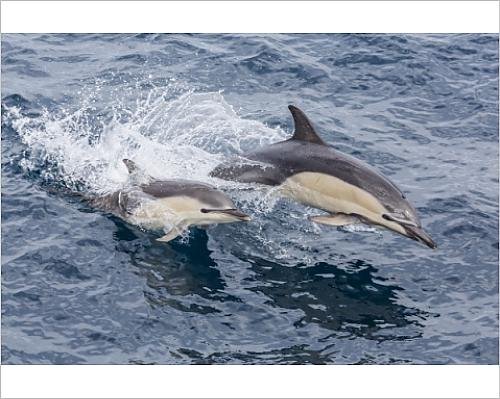 This species is endemic to the temperate and sub-arctic waters of the North Atlantic as far north as the White Sea and occasionally as far south as the Spanish coast. It is common off the Norwegian coast and in the North Sea and is often found in the Baltic Sea as well. Less are found in the northwest Atlantic but there are abundant populations off Labrador and they are found as far south as Cape Cod.

The white-beaked dolphin grows up to 3.1 metres and is sturdy and plump-looking. The body is mostly black or grey with a pale saddle behind the dorsal fin and white bands on the flanks. The belly is white and although called the white-beaked dolphin the beak is sometimes grey or even darker. The dorsal fin is prominent and falcate and is placed mid-way down the body. The pectoral fins are short and wide and it has a prominently keeled peduncle (the area between the dorsal fin and the tail).

In eastern Canada the white-beaked dolphins are sometimes known as “squid-hounds”, but they also eat a wide range of fish, ranging from small schooling fish such as common herring to larger bottom-dwelling fish such as cod, whiting and haddock. They are also known to eat molluscs, octopus and some crustaceans. 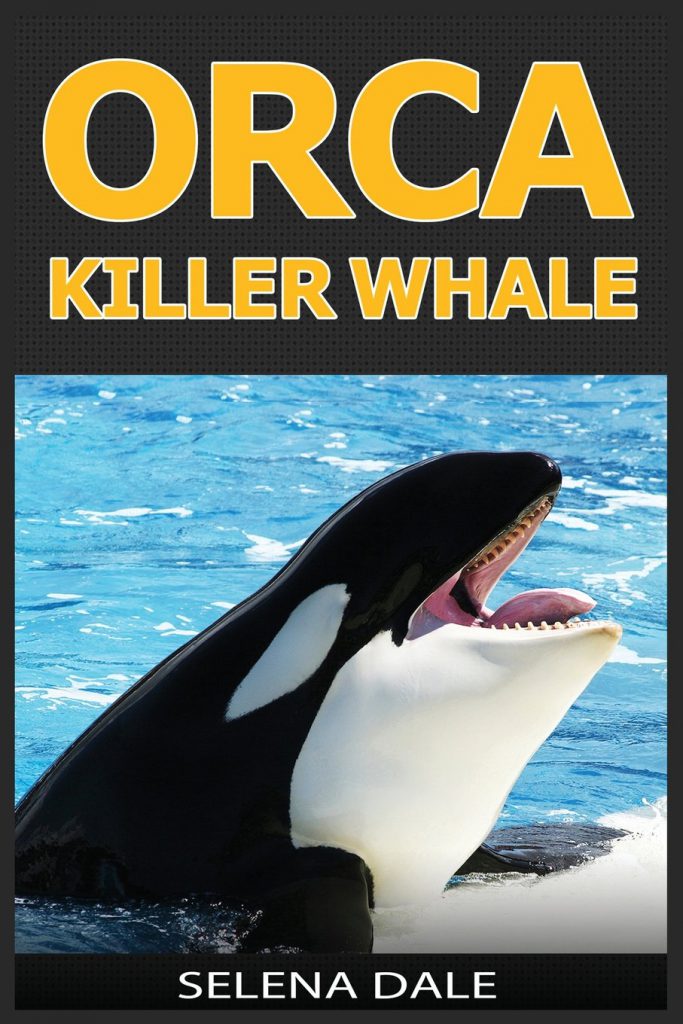 Orcas are one of the most wide-ranging mammals on earth. They are seen more often in cooler waters, especially polar regions. They are usually found within at least 500 miles of the shore. They tend to prefer deep water but can be found in shallow bays and estuaries. Orcas are occasionally sighted in the Hebrides – sightings hotspots are the Isles of Coll and Tiree, west of Canna, the East coast of Lewis and the Sound of Harris. Many reported sightings appear to be of the same pod of about 8 animals. Adults can be individually identified by the distinctive nicks and markings on their dorsal fins.

Orcas (or killer whales) are actually part of the dolphin family. They have jet-black, brilliant white and grey markings making them quite distinctive. They have a white belly, a large white patch on the side of the head and a grey saddle patch. The adult male’s dorsal fin is huge at up to 1.8 metres making them easy to identify. Females and young males however can sometimes be mistaken for Risso’s dolphins, False Killer whales or Dall’s porpoise from a distance.

These animals are very intelligent and because of this can be very inquisitive and approachable. However, they rarely bow-ride but instead can often be seen breaching, spy-hopping (just the nose coming out of the water), flipper splashing and lobtailing (slapping their tail-fin down on the water). Powerful swimmers, they can reach speeds of 55km per hour.

In the Hebrides, killer whales are known to spend a whole day with a boat, delighting the passengers. Despite the name “killer whale” they do not harm humans in the wild and agression within a pod is rare. The life span of a wild orca is up to 60 years for males and 90 years for females – this is drastically reduced in captivity.

An opportunistic and voracious feeder, the orca is one of the ocean’s top predators, with a varied diet of fish, octopus and squid, as well as birds, seals and other cetaceans. In the Hebrides orcas have occasionally been spotted chasing and taking seal pups from beaches. They often hunt co-operatively, especially when pursuing marine mammal prey. 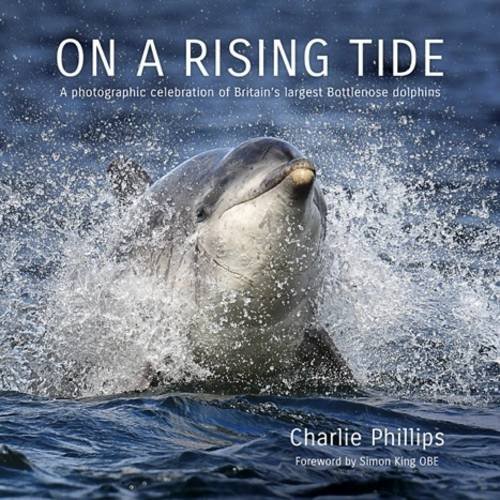 On a Rising Tide: A Photographic Celebration of Britain’s Largest Bottlenose Dolphins

Bottlenose dolphins are found world-wide in tropical and temperate waters, inshore and offshore. Scottish bottlenoses are at the northernmost extreme of the species’ range, and are seen throughout the entire Hebridean area. They are usually seen close inshore, hugging the coastline around headlands and bays. Hebridean sightings hotspots are the Isles of Mull (in particular the Sound of Mull), Iona , Coll, Tiree, and Barra – there are believed to be resident populations inhabiting these waters year-round.

The bottlenose dolphin is a stocky dolphin with a short beak. Scottish bottlenoses are somewhat special, being larger than their cousins worldwide. The colour is variable – usually dark brown or grey on the back, white on the belly and light grey on the flanks, with no distinctive markings. They are identifiable at sea by their large, dark dorsal fin and apparently uniform colouring.

These dolphins are usually fairly slow swimmers, traveling at about 4 km per hour, but can reach speeds of over 50 km per hour for brief periods. Famously inquisitive, active and playful, they are often seen bow-riding, and leaping high into the air.

They are sociable animals, assisting one another and hunting co-operatively to herd schools of fish to the surface of the water. They have 18- 26 pairs of conical teeth in each jaw, which are used to catch a wide variety of fish, squid and cuttlefish. 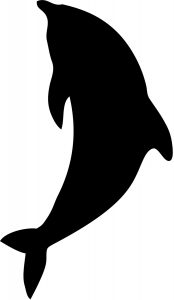 The black dolphin is found only in Chilean waters between Valparaiso and s. Isla Navarine, just north of Cape Horn, . The most easterly sighting was in the Strat of Magellan, just east of First Narrows .There is very little overlap between the range of the black dolphin and that of the Commerson’s dolphin, but they have been seen together in the Strait of Magellan, the Beagle Channel, and Cape Horn.

The black dolphin in many ways resembles the Heaviside’s dolphin, with a small adult size of around 1.4 meters, a low, rounded dorsal fin, and dark coloration. It has a white throat and belly, a white spot behind the flipper, and a dark line on the sides running from the cranial to the caudal end. When in the water, it is described as tan, brown, lead-colored, or gray. Out of the water, it is found to be nearly black on most parts and pure white on other parts. After death, the color darkens quickly, especially if the specimen is left in the sun.

Very little is known about the black dolphin’s behaviour. It is generally not blatant or aggressive, and does not breach often. Individuals are often seen with groups of feeding sea birds. The northern stock is far more gregarious than the southern stock. While in the southern part of the range, individuals are wary of boats and very difficult to approach, those in the northern areas do occasionally approach boats and bow ride. In addition, groups in the north are much larger, sometimes reaching as many as 4,000 individuals. 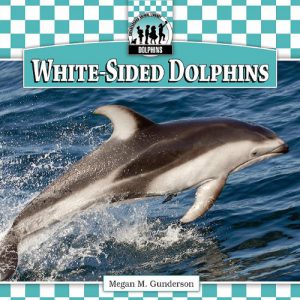 The Atlantic white-sided dolphin is found in the cold waters of the North Atlantic Ocean from the tip of Greenland and around the North Cape in the north to Cape Cod and the mouth of the Mediterranean in the south. It tends to migrate in winter along with the movement of cooler waters southwards and in summer moves north. It appears to be found mostly in areas with a high seafloor relief.

Growing up to 3 metres, the Atlantic white-sided dolphin is a sturdy dolphin with a small head and a short, inconspicuous beak. The beak is clearly differentiated. The dorsal fin is mid-way down the back and is large and falcate.

The flippers are short and the tail fluke has a marked median notch. The entire dorsal surface, including the upper jaw, head and dorsal fin, is dark grey or black. The belly and throat are white and the flippers and fluke dark. Along the side, below the dorsal fin is a white flash behind which is a narrow bright yellow patch extending almost to the tail.

In the western Atlantic groups of 50 to 60 dolphins are typical and sometimes up to several hundred, but off Europe they are usually found in groups of less than 10 individuals. There appears to be some segregation in the schooling with some groups made up of juveniles. Mixed schools of white-sided and white-beaked dolphins have been observed and they are also found in association with feeding fin and humpback whales.

Atlantic white-sided dolphins are probably not deep divers with most dives being recorded as less than a minute in duration. Their major prey species are herring, small mackerel, cod, hake and several species of squid. However they also consume many other prey such as bottom dwelling fish and sand lances. They are sometimes seen co-operatively surrounding schooling fish near the surface.